Just around the bend from they Leynar killing beach is the picturesque town of Kvivik--a stereotypical scene of what the Faroe Islands are known for. The beauty is in stark contrast to the traditional pilot whale slaughter that paints these waters red each year during the summer pilot whale migration to the north.

This year, 2014, Sea Shepherd spearheads it's larges effort so far combatting the deaths of the pilot whales. Grindstop 2014 is SS's largest campaign in the Faroe Ilsands yet, with over 500 international volunteers paying their way to be a part of Sea Shepherds efforts, and willing to risk their lives for the cause.

Kvivik, on the west coast of Streymoy Island. Faroe Islands. 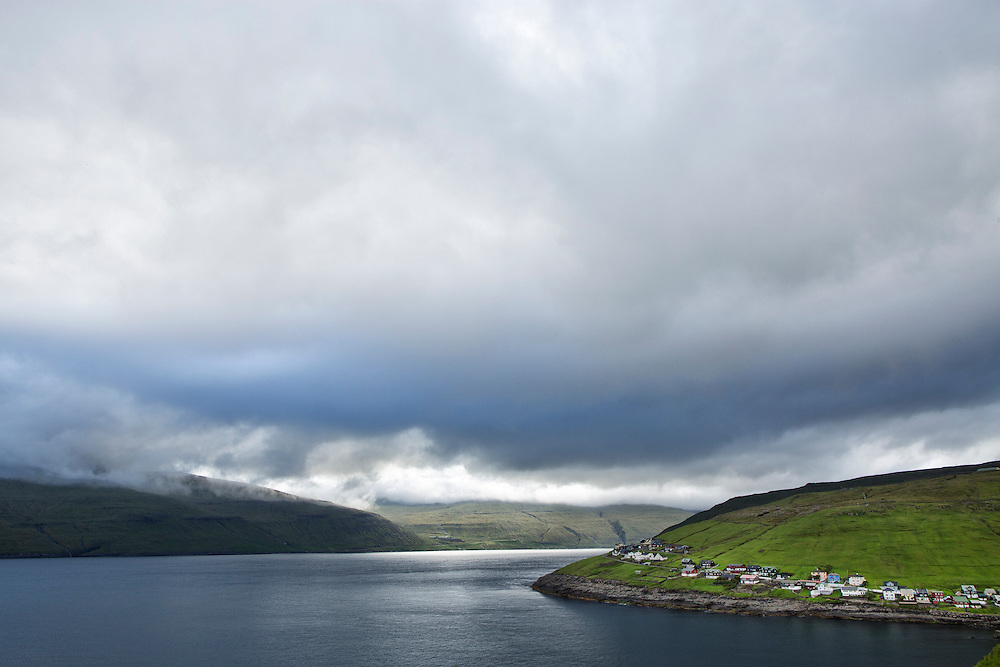